“Conversion” is a tricky word. Everyone seems to know what it means, but the meanings are widely divergent. They are often quite different from how John Wesley understood the term. Wesley himself used the word infrequently, because he believed it was not a common scriptural term. It may be that he also thought other terms such as justification and regeneration were more precise, and less open to misunderstanding.

Our misunderstandings of Wesley are often due to reading him with later definitions of conversion in mind. One common definition equates conversion with a decision of faith, an understanding rooted in nineteenth century revivalism’s confidence in the freedom of the will. One piece of religious literature depicted our eternal destiny as an election, with God voting to send us to heaven and Satan voting to send us to hell. The result is a tie vote—and only our vote could break the tie!

Wesley placed the emphasis on God’s initiative, not ours. It was only because of grace that we could respond to God in faith. Those who were awakened to their sinful condition did not, as in twentieth century revivalism, come to the altar and make a decision. Instead, they entered into a relationship with God. This they did through attending a weekly class meeting and endeavoring to practice such spiritual disciplines as prayer, searching the Scriptures, the Lord’s Supper, fasting, Christian conversation, and serving the neighbor. What they sought was to be able to trust in God for their salvation and to know their sins are forgiven, an ability and knowledge that would come in God’s timing, not their own. Certainly, upon receiving this ability through grace, it was their responsibility to believe, but it was grace alone that enabled them to have this faith at all.

Conversion for Wesley consisted of four interrelated elements. The first was the faith of a child of God. This is in contrast to the faith of a servant, which marked the life of the awakened sinner. The faith of a servant involves dutiful obedience, a serious attempt to conform to God’s law combined with a fear of divine judgment. The faith of a child of God is marked by the joyful obedience of one who has come to know God’s love and acceptance, received as a freely given gift in Jesus Christ. I suspect there are those in our congregations who are genuinely committed to dutiful obedience, but have not encountered God’s gracious love in a way that is lastingly transforming.

The second is justification, which for Wesley meant divine pardon or forgiveness. To receive the forgiveness of God transforms our relationship with God from alienation, shame, and guilt to acceptance and reconciliation. In changing the relationship it lays the foundation for a change in motivation, from fear of judgment to gratitude for freely-given salvation.

Third is regeneration, or the new birth. Conversion for Wesley was not primarily about being forgiven so we can go to heaven when we die. It was most centrally about a new life of love, received in the present but which death cannot take from us. This new life, enabled by the transformed relationship accomplished in justification, was the beginning of sanctification and of God’s ultimate goal of restoring us once again to the image of God in which we were created.

Finally there is the witness of the Spirit, a divinely given conviction that one is a child of God. This does not in itself consist of feelings of peace or joy (though they may accompany it) but is more a kind of inner confidence or assurance that one is adopted by God. Wesley came to believe the witness of the Spirit was not essential to conversion—we are saved by faith, not by having an assurance—yet it was the common privilege of believers. If one lacked assurance, one could pray to receive it.

This points to another way Wesley’s description of conversion differs from some common understandings. Conversion is not simply a matter of having feelings, such as transports of joy or even a felt love for God. Certainly such feelings can accompany conversion, but they are not essential to it. Feelings come and go. The goal of conversion is not to make us feel loving but to enable us to become a loving person; not simply feel thankful but become a thankful person. It transforms the heart, and we begin to live a new life.

This article was originally posted as part of the Considering Wesley series on March 01, 2004 at CatalystResources.org 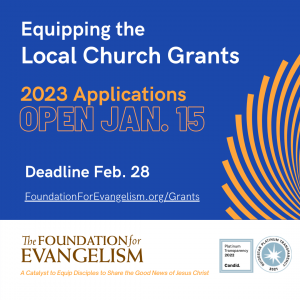 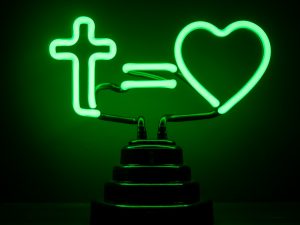