“Orthodoxy” is not a popular word these days. When someone announces they no longer believe in the Trinity or the deity of Christ, many consider it “fundamentalist” to suggest these beliefs are incompatible with Christianity. Those who do so are pictured as self-appointed doctrinal enforcers who seek to impose their own beliefs on everyone else. But this reduces the issue to personal choice. It is not my beliefs or yours, but those of the church that are at stake. They are not ours to dispose of as we will. These teachings have been received as a gift from our predecessors to be passed on to the next generation.

Wesley is a helpful guide in dealing with matters of belief. He insisted on basic orthodoxy, but was careful not to define it too narrowly. More importantly, he understood why what we believe matters.

With regard to the first, Wesley distinguished between those beliefs that were essential to Christianity from those, however important, that were not. For example, he disagreed with his friend George Whitefield over predestination and the nature of God’s grace. This was no small matter; it raised issues concerning the extent of salvation and the character of God. Yet Wesley still insisted the disagreement was among Christians. In his sermon at Whitefield’s funeral Wesley observes that “there are many doctrines of a less essential nature with regard to which even sincere children of God…are and have been divided for many ages. In these we may think and let think; we may ‘agree to disagree.’ But, meantime, let us hold fast to the essentials of ‘the faith once delivered to the saints’” (“On the Death of George Whitefield,” § III.1, in Sermons II, ed. A.C. Outler [Abingdon, 1985] 341).

What are these essentials? Wesley has no standard list. In “The Character of a Methodist,” after noting that “The distinguishing marks of a Methodist are not his opinions of any sort,” he says Methodists believe Scripture is inspired by God and is the sufficient rule of faith and practice, and in the deity of Christ. It is only with regard to “opinions which do not strike at the root of Christianity” that “we think and let think” (J. Wesley, § 1, in The Methodist Societies, ed. R.E. Davies [Abingdon, 1989] 33). Elsewhere he lists other essentials such as the Trinity, original sin, justification, sanctification, and redemption through the cross of Christ.

Simply believing these doctrines did not make one a Christian. As the “Homily on Salvation” of the Church of England says, “Even the devils…believe that Christ was born of a virgin…” yet remain, “for all this faith,” devils (“An Earnest Appeal to Men of Reason and Religion,” § 59, in The Appeals to Men of Reason and Religion, ed. G.R. Cragg [Oxford University Press, 1975] 68-69). The point of orthodoxy is not having right ideas, but a means to a transformed heart and life.

The purpose of doctrine is to point us to God and to the promises of God. Some, like the Trinity and the incarnation, are necessary if we are to read Scripture rightly—they are what some contemporary theologians call a grammar of faith. We have seen throughout history how denial of the Trinity or incarnation has led to readings of Scripture that ultimately deny the salvation God offers us in Jesus Christ.

But more than this, what we believe is inextricably linked to our experience of God and our life of discipleship. In his sermon “Catholic Spirit,” one criterion for whether “your heart is as true to mine as mine is to yours,” is the following: “Dost thou believe in the Lord Jesus Christ, ‘God over all, blessed forever?’ Is he ‘revealed in’ thy soul? Dost thou ‘Know Jesus Christ and him crucified?’ Dost he ‘dwell in thee, and thou in him?’” (§ I.13, Sermons II, 87).

What is notable in this and the six other sets of criteria in “Catholic Spirit” is how belief, experience, and life are woven together. Not to believe in the deity of Christ, who was crucified, would lead to a very different experience of salvation because it would mean a very different God. For Wesley we do not have an undifferentiated faith—it is always faith in the triune God, faith in Christ’s death and resurrection.

There are doctrines that go to the very heart of Christianity. For Wesley, to deny them is to speak no longer as a Christian. Yet his orthodoxy is hardly narrow or “fundamentalist.” Wesley’s essentials are all held by the many varieties of Protestants, and most by Roman Catholics and Eastern Orthodox as well. It is an orthodoxy large enough to contain the historic traditions, rich enough to promote creative theological reflection, and clear enough to enable us to worship and serve the God revealed in Jesus Christ.

This article was originally posted as part of the Considering Wesley series on Feb. 01, 2003 at CatalystResources.org 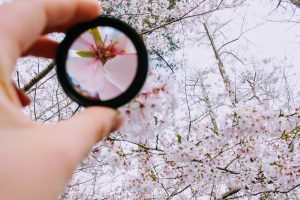 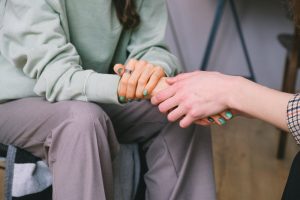 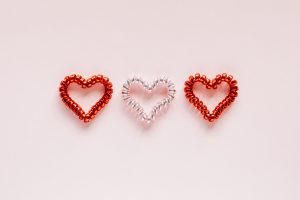